By-elections to the NA in Constituencies N 10 and 11 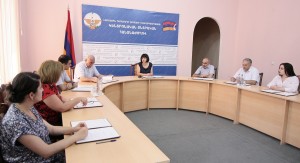 On July 3, 2018  an extraordinary meeting of the AR Central Electoral Commission was convoked under the leadership of the Commission Chairperson S. Arzumanyan.

Based upon the Paragraph 13 of Part 1 of Article 48 of the AR Electoral Code and the                  protocol of July 2, 2018 of the AR National Assembly on considering the parliamentary powers of the NA deputies Lernik L. Hovhannisyan and  Armo M. Tsatryan, who had been elected from the Constituencies N 10 and 11,  terminated from July 2, 2018 it was decided in the meeting;
1) to call by-elections to the deputy under the majoritarian system of the AR National         Assembly in Constituencies N 10 and  11 on September 9, 2018 ,

2)  to approve the cost estimate of the organization and conduct of those elections -30 182 210 AMD (thirty  millions and one hundred and eighty two thousands and two hundreds and ten), as well as, the schedule of the main events, which includes data on the implementation of 59  main activities to be implemented, thus from the appointment of the voting day till the summarization of their results, as well as, on the responsible performers of their implementation.

According to the schedule, the start of the aforementioned electoral activities has been given on July 3, 2018.

The schedule of the events and other legal acts and documents based upon them will be provided to the concerned departments and responsible performers.
All the main information on the current schedule and the whole process relating to the National Assembly by-elections will be available on a separate section of this website.

At the end of the meeting the Chairperson of the Central Electoral Commission gave concrete instructions to the responsible persons to perform all the events of the main measures provided by the schedule relating  to the upcoming elections in the prescribed terms and high level.

of  the Artsakh Republic 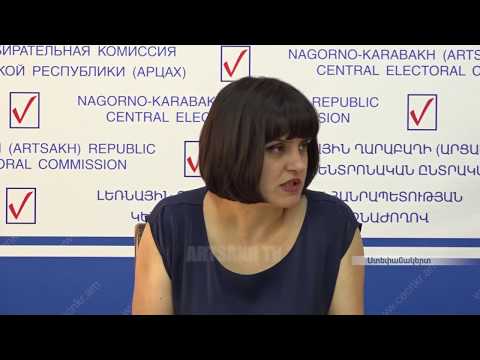