The application for being accredited and the list of mass media representatives performing coverage on the new regular self-government bodies elections scheduled for December 10, 2021, shall be submitted to the Central Electoral Commission after the day of calling elections, but no later than 15 days before the voting day – till November 25. 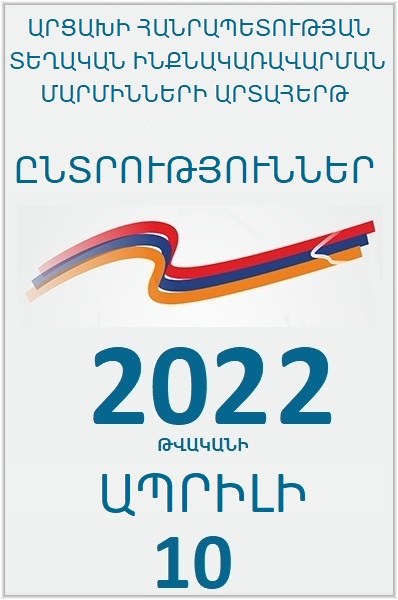 12.04.2022
On some violations registered during the elections
Certain violations were registered at  N 5/1 polling station of Berdashen ...

11.04.2022
Preliminary results of voting
The Martuni and Shahumyan TECs of the Artsakh Republic have ratified, ...
All NEWS