On December 27, 2013 the last regular session of the current year of the NKR Central Electoral Commission was held under the leadership of Chairperson of the commission S. Arzumanyan. The session was attended by the Chairmen of the Territorial Electoral Commissions and journalists. The results of the elections of the local self-government bodies of 2013 were summarized at the session. During 2013 thirty-two regular and thirteen early elections of local self-government bodies have been organized and held in forty-five communities, in the result of which thirty-eight Community Heads and Council members in eleven communities have been elected. Fifty polling stations have been formed. According to the party affiliation from the elected Cdommunity Heads four are members of Artsakh Democratic  party, one is a membe of Azat Hayrenik and one is a member of  Armenian Revolutionary Federation, the others are non partisans. Fifty-six percent of the elected Community Heads or twenty-one Community Heads have been reelected from which three are women. Most of the Community Heads have higher or secondary specialized education (76%), and 45% or seventeen persons are under the age of 25-40. Unlike the local elections of self –government bodies of the last year the age of the elected Community Heads has got younger, but the number of early elections has doubled ( seven in 2012, 13 in 2013), which can be an issue to be explored for the interested bodies. During 2013 in Artashav community (region of Kashatagh) a request of recounting the results of voting has risen at the election of the community head (23.06.2013), in the result of which the same candidate was cosidered to have been elected. The provided expenditure for the local elections of self-government bodies of 2013 has been made by the means of the budget which had been provided for the the NKR elections, which cost 14. 975 000 million drams.The candidates paid 1.335 million drams in an electoral deposit in the current year from which 210,000 were returned to candidates. The results of the professional trainings which had been organized and held for the candidates of the electoral commission membership in November 2013 were also summarized at the session of CEC. Based upon the recommandations of the Ter.EC the schedule for organizing the professional trainings for the candidates of the electoral commission membership was approved as well as the zonal distribution was implemented. The Professional trainings for the candidates of the electoral commission membership of 2013 were prapared, organized and held publicly, the process was regularly illustrated by means of media, and the results have been publicized. Two thousand and eighty-five citizens having right to vote have took part in the professional trainings and got qualification certificates from which one thousand two hundred and thirty-three in November from one hundred and forty-two communities.Three hundred and fifty-one (28,5 %) listeners participated in the training for the first time, so during the organization and conduct of the elections almost one-third of the precinct electoral commissions will be formed from the new members. The trainings this year were led by more debates, paragraphs of the Electoral Code containing certain ambiguity, analysis of episodes frequently occurred in practice.The participation was very active. CEC and Ter.EC members were also included in the qualifiacation trainings for the first time in November. Five hundred and sixty-two (45,6%) from those who have received qualification have higher education, three hundred and twenty-one (26%) have secondary specialized, three hundred and fifty (28,4%) have secondary education. According to the party affiliation nine hundred and forty-three (76,5%) are non partisan, one hundred and seventy-seven (14,4%) are members of Artsakh Democratic Part , seventy-six (62%) are members of Azat Hayrenik, thirty-six (2,9%) are members of Armenian Revolutionary Federation, one is a member of NK Communist Party. One thousand and eighteen (82,6%) work, two hundred and fifteen (17,4%) do not work, four hundred and ninety-four (40,1%) are male, seven hundred and thirty-nine (59,9%) are female. According to the age; three hundred and seventy-two (30,2%) are 18-35, five hundred and twenty-one (42,3%) -36-50 and three hundred and forty (27,6%) are citizens over 50. Taking into account that the qualification certificates are given for three-year term, and 2872 citizens (413 in 2011, 374 in 2012 and 2085 in 2013) have participated in the professional trainings and got qualification certificates, so all the precinct electoral commissions can be formed according to the theses of the Electoral Code. The next issue included in the agenda ralated to the results of the implemented visits in the aim of reviewing the working settings with the documents in the Territorial Electoral Commissions of Askeran and Martakert, NKR. In the result of the discussion the submitted reference related to the mentioned issue has been adopted by the commissioners. The project of themain measures of 2014 functions of NKR CEC has been discussed and approved at the session. The implementation of the issues on the improvement of the Electoral Legislation, the preparaition of the draft on the changes and supplements in the Electoral Code, cooperation with the corresponding structures of the Republic of Armenia, the conduct of the professional trainings, the conduct of Ter.EC elections in a high level, making the polling stations more convenient for the voters with limited abilities, the review of the format of CEC website and an expand of technical capabilities, the preparation work of the upcoming national elections of 2015 have been highlighted and included in the project of the year at the presence of Chairperson of the NKR Central Electoral Commission. 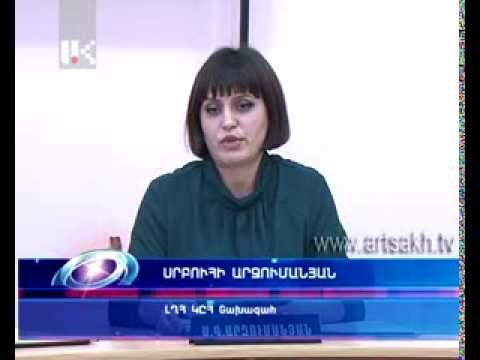